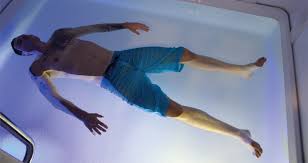 Float therapy is a wellness tool that is popular around the world. It is a natural therapy that allows people to lessen stress, relieve chronic pain and typically creates a conducive environment that can make them feel more positive about life. Although float therapy has spread through almost every part of the world, it originated in the United States of America. Flotation Therapy was developed by an American physician, psychoanalyst and neuroscientist, John C. Lilly.

Float therapy came into existence as a product of revolutionary ideas of John C. Lilly in his quest to provide answers related to his deep interest in the benefits of sensory deprivation on the brain that has been of major focus in his field of study. He pondered many questions he had as to what may be the results of depriving the brain, the center of consciousness, of all sensory information. Will it result in a comatose state? Will it lead to deep sleep? Will the brain continue processing without any new incoming information? This information was what he was interested in finding out.

In his quest for a reasonable answer, John began his experiment in 1954 which gave birth to the first flotation chamber which he filled with water. A participant of his study wearing a diving suit as protective gear was submerged to the flotation chamber. There was no comatose state, rather he reported that while in the flotation chamber, there was a feeling of intense relaxation and complete calmness, self-realization coupled with a personal feeling of elation.

John felt the results showed a positive signal towards achieving his dream. The positive results sparked his interest and he continued his research through the next 20 years. He refined his laboratory and built a series of similar flotation chambers to carry out more experiments which produced similar results.  The evolution of his research came in the early 1970s when the floatation chamber from his laboratory research was modified into the modern-sleek, more welcoming pods we know and love today.

INTRODUCTION OF FLOATING TO THE PUBLIC

Just like most researchers having come up with a reasonably positive and helpful results, John was eager to introduce the sensory deprivation tanks to the general public. To achieve that, he partnered with Glen and Lee Perry to construct more appealing and portable float tanks that would allow people to bring home the benefits he had found and reported in his studies.

Glen and Lee Perry took the job, designed the tank to free the floater from a restricting diving suit, uncomfortable floating chamber and face mask. The tank created was lightproof and enclosed. They adopt flotation instead of the submersion used by Lilly. To enhance the flotation of the floater, many pounds of Epsom salt was added to the mix.

Water mixed with Epsom salt filled nearly to the point of saturation created an environment that makes floating effortless as well as counteracting gravity which allows the body to relax completely while in the water. Although float tanks now exist in various shape and sizes, Epsom salt still remains a crucial component. Float tanks create a light proof and soundproof environment that can offer a complete escape and relaxation for the body, mind, and soul.

After a long process and hard work, the first float tank center was opened in 1973 in Beverly Hills, California. It gained the interest of the general public and also paved the way for many centers to open all around the world. Over the years, float centers have seen steady growth. New float centers open all the time and the medical benefits of flotation therapy have became something more pronounced through news and media outlets.

Due to the success stories, increase in the number of centers, and the involvement of many other researchers, The Float Tank Association was formed in 1981. In 1983, Peter Suedfeld and Roderick Borrie improved on the research into flotation therapy and coined the term REST which is an acronym for Restricted Environmental Stimulation Therapy to replace “sensory deprivation”, considered to be too outdated. This lead to the formation of IRIS (The International REST Investigators Society) to investigate more into the benefits of float therapy.